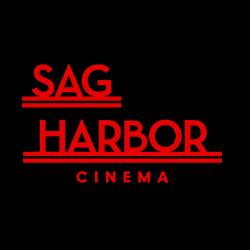 MY LIFE AS A ZUCCHINI

Based on a French children’s book. a young orphan clings to the nickname his mother gave him in Claude Barras’ debut film. After losing his mother, the boy is sent to a foster home with other orphans his age where he begins to learn the meaning of trust and true love.

The most personal film by the underworld poet Jean-Pierre Melville, who had participated in the French Resistance himself, this tragic masterpiece, based on a novel by Joseph Kessel, recounts the struggles and sacrifices of those who fought in the Resistance.

Edouard Coleman (Alain Delon) spends his days and nights chasing criminals, but doesn’t see the crook right under his nose. Simon (Richard Crenna), a smooth nightclub owner, works with a small crew to execute daring heists with big payoffs, while the beautiful Cathy (Catherine Deneuve) is torn between them.

Jennifer Vogel's father, John, has a magnetizing energy and makes life for her feel like an adventure, but he also happens to be the most notorious counterfeiter in U.S. history.

Following the rise of Aretha Franklin’s career from a child singing in her father’s church’s choir to her international superstardom, Respect is the remarkable true story of Franklin’s journey to find her voice.

Told with Schrader’s trademark cinematic intensity, the revenge thriller tells the story of an ex-military interrogator turned gambler haunted by the ghosts of his past decisions, and features riveting performances from stars Oscar Isaac, Tiffany Haddish, Tye Sheridan and Willem Dafoe.

Based on Beatrix Potter’s classic children’s books - Peter finds himself in a world where his mischief is appreciated, but when his family risks everything to come looking for him, Peter must decide out what kind of bunny he wants to be.

THE EYES OF TAMMY FAYE

In the 1970s, Tammy Faye Bakker and her husband, Jim, rise from humble beginnings to create the world's largest religious broadcasting network and theme park. Tammy Faye becomes legendary for her indelible eyelashes, her idiosyncratic singing, and her eagerness to embrace people from all walks of life. However, financial improprieties, scheming rivals and a scandal soon threaten to topple their carefully constructed empire.

DAYS OF THE WHALE

Cristina and Simón are two graffiti artists in Medellín, who defy a criminal gang when they decide to paint over a threat.

MYTH AND MOTION + THE INFILTRATORS

OLA's Under 21 event - Video concert featuring electrifying images and music that inspire and propel us forward + Sundance award-winning docu-thriller that tells the true story of young immigrants who get arrested by Border Patrol, and put in a shadowy for-profit detention center – on purpose.

In this classic Walt Disney animation based on Rudyard Kipling's book, Mowgli, an abandoned child raised by wolves, has his peaceful existence threatened by the return of the man-eating tiger Shere Khan.

JAMES AND THE GIANT PEACH

Featuring stop-motion animation and live action, this inventive adaptation of Roald Dahl's beloved children's tale follows the adventures of James, who finds a way out of his bleak existence when he discovers an enormous enchanted peach.

From the innovative storytellers and expert animators at Disney•Pixar, The Good Dinosaur asks the question: What if the asteroid that forever changed life on Earth missed the planet completely, and giant dinosaurs never became extinct?